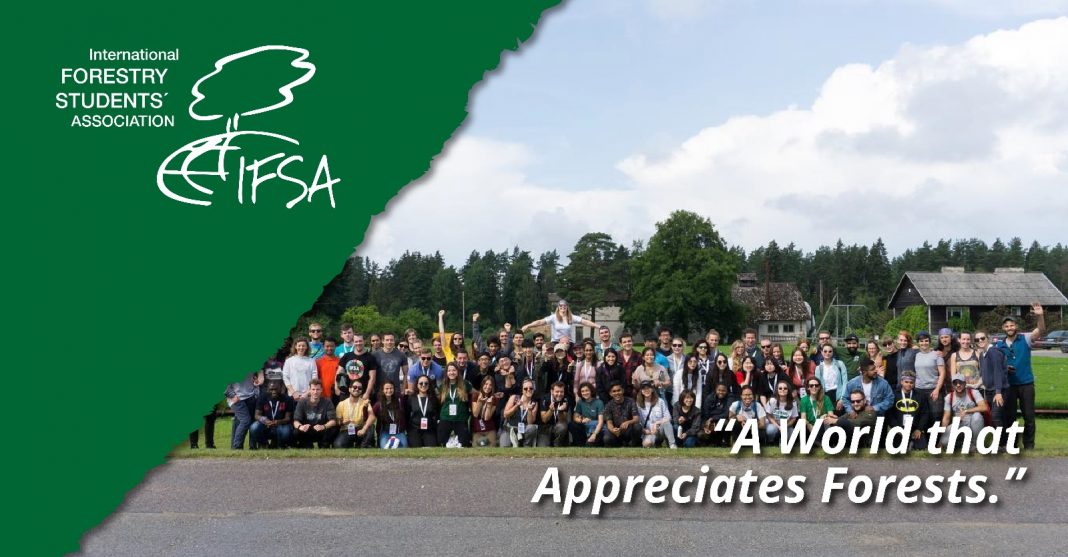 IFSA joined EFI already in 1997 and our paths have crossed on many occasions. Find out more about IFSA and why they joined EFI! Magdalena Jovanović,  Head of EFI Sub-Commission at IFSA tells us more.

IFSA – International Forestry Students’ Association
The International Forestry Students’ Association is the largest international network of students in forestry and related sciences. IFSA is a globally organized and locally operating student organisation connecting forest and related science students to their peers and forest related organisations and policy platforms. With more than 130 member associations also known as local committees (LC), spread across over 60 countries, IFSA unites thousands of students. IFSA is a non-political, non-proﬁt and non-religious organisation that is entirely run by students. IFSA’s vision of “a world that appreciates forests” describes the dream of having all the people and societies on the earth recognize the full worth of forests and fully understand forests, grasping their implications and being grateful for their multi-fold contributions to humanity.

Have you attended any EFI events?

Many IFSA members have had the opportunity to attend European Forest Institute (EFI) events, individually or in the form of delegations such as the conference “Governing and managing forests for multiple ecosystem services across the globe” in February 2020, which I had the pleasure to attend myself. IFSA representatives are also invited every year to join EFI’s annual conference and vote on key issues. These events have proven to be very beneﬁcial to IFSA members, providing us with opportunities to network and engage with forestry and other professionals.

What one member benefit is most valuable to you?

Among many beneﬁts we have gained through our partnership with EFI, networking, staying connected and engaged has proven to be one of the most valuable ones. Our collaboration has given us the opportunity to expand our knowledge, through regular involvement in EFI events, such as conferences and forums, as well as internship opportunities, which have been especially important to IFSA members. We have had nothing but support from EFI in our projects and ideas, which has encouraged our organization to keep working hard on ensuring fruitful future collaboration.

What is your favorite memory associated with EFI?

My favorite memory is from the “Governing and managing forests for multiple ecosystem services across the globe” conference ﬁeld trip. It was a snowy day, we were all freezing cold after the trip, and we gathered around a bonﬁre to warm up, eating some tasty sandwiches. I met some lovely people there!

What is your favourite tree?

As of late it is the European beech (Fagus sylvatica).