EFI blog
Home Resilience Białowieża forest – in search of the scientific evidence (and why... 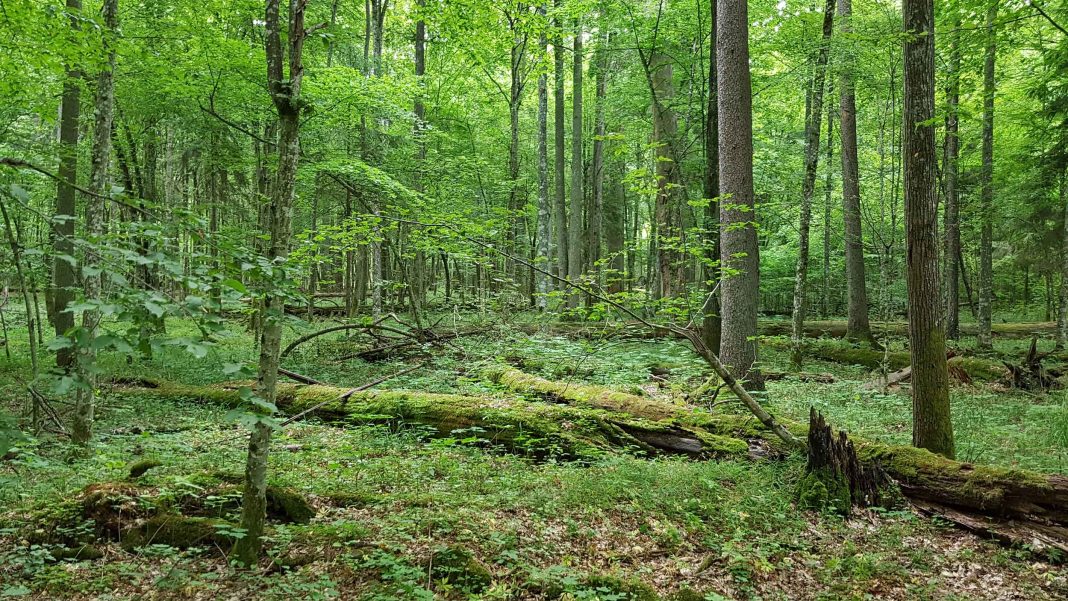 by Agata Konczal and Georg Winkel

While the discussion on the European Green Deal has been unexpectedly intertwined with the planning of the Green Recovery from the Covid-19 pandemic, biodiversity conservation and its reconciliation with sustainable forest use is again in the centre of attention of the decision-makers, scientists and the broad society. Again? Or should we rather say – still?

The relationship between biodiversity conservation and wood production is frequently a starting point for conflicts in conservation and forestry, despite many attempts and approaches to reconcile both. This is even more so for places like the Białowieża forest where the conviction about the high level of naturalness and exceptional value of this forest for conservation purposes is shared by scientists. Yet, exactly how conservation should be applied is a source of conflict. The controversy has roots in different understandings of what biodiversity conservation and sustainable management mean between various groups of stakeholders, professionals and scientists. Different values and priorities among stakeholders are combined with, and strengthened by, evidence originating from different, often contradictory sources. The classical approach to hand complicated issues over to science and experts to provide evidence for possible solutions is, in such cases, followed by the question ‘which scientists and whose evidence’?

By creating a space for an open scientific discussion based on scientific evidence regarding the current and future situation in the Białowieża forest, and by identifying consensus and dissent points from the perspective of science, the Białowieża Science Initiative (BSI) tried to establish a model of how to deal with such situations of conflict, not only in the policy arena, but also between scientists and disciplines. The outcome of this initiative – a multi-author evidence paper – has just been published in Biological Conservation.

While for individuals from the scientific community is clear why it is so important to collect and review the scientific evidence, for people not necessarily passionate about the idea of solid science and those with strong own interpretations and beliefs about the Białowieża (and similar) controversies, the aim of the Initiative may sound trivial. In this post, we want to explain that there is still a lot to do for us as scientists and for this, we need to be ready to sit together and talk.

The Białowieża Forest is a special place on the European forest map. The forest is located on the border between Poland and Belarus, covers approx. 1500 km², and it is characterized by remnants of forests with high levels of naturalness; including a high abundance of large and old trees, standing and lying dead-wood, close-to-natural dynamics of forest stands and continuity of tree cover for the last 12,000 years. The Polish part of the forest consists of two main components: The Białowieża National Park (BNP) and the area managed by units of the Polish National Forest Holding. As well as its natural characteristics, the place is well-known for its long conflict. Since the beginning of the 1990s, there have been disagreements over how to manage the forest. There has been a call for an increase of the strictly protected area of the forest, preferably by enlarging the existing National Park with its strict protection to the area currently managed by the “State Forests”. On the other hand, the current management was presented as supporting biodiversity conservation, as well as the local need for fuelwood, non-timber forest products and jobs. The conflict became especially intense after the outbreak of spruce bark beetle and related increase in logging in the State Forests areas, and later also due to the decision by the European Court of Justice to halt logging related to this outbreak. In a simplified perspective, while foresters were advocating for sanitary logging, the conservationists were opposing this and related forest management measures.

In 2016 and 2017 leading European media (e.g. the British The Guardian and the German Die Zeit) covered the ongoing conflict. The international news coverage accused Polish foresters of logging “the last major primaeval forest in Europe”. Meanwhile, domestic media criticised the willingness of local foresters “to change the national heritage into planks”. The controversy engaged a substantial part of Polish and international society and has had a significant impact on the social perception of forestry and nature conservation in Poland and beyond. While the controversy draws on partially contradicting scientific arguments, researchers presenting diverse views on the management of Białowieża forest rarely meet for joint discussions, but rather support different media or decision-makers. Open discussions between scientists representing different views on the management of the forest to elaborate on scientific consent or dissent points have been hampered by the political nature of the debate.

This inability to organize a credible scientific debate across “siloes” was the starting point for the European Forest Institute to engage. The aim of the BSI and the tasks for the scientists we planned on inviting was to collect and review already existing interdisciplinary scientific knowledge about the Białowieża forest, the recent controversy, forest conservation and use in the region. In the next step, on the basis of the review, we planned to identify jointly the consensus and dissent points from the perspective of science and make these different viewpoints visible based on the best available scientific knowledge. In other words: to agree on what we can agree but also to detect where evidence leads us in different directions.

Reviewing, identifying and discussing the evidence

After a long process of scanning the scientific literature, policy documents, press releases and social media debates on the topic of the Białowieża forest and related controversies, the EFI Team identified five topic areas: (1) forest ecology, (2) forest disturbances and management, (3) forest history, (4) socioeconomic factors, (5) forest policy and governance. The idea was to have two experts presenting complementary (or even contradictory) perspectives for each topic. In additions, two moderators were assigned to each of the five groups. These moderators were outstanding scientists that were, however not directly engaged in the controversial debate. The experts were asked to review the scientific knowledge and the moderators were asked to support the experts in identifying and discussing the existing evidence.

The selection of experts from different disciplines and representing both sides of the debate was a way to identify the most important scientific arguments in the Białowieża forest dispute. Importantly, all experts had to follow an acknowledged scientific method by selecting, within their expertise, the relevant and most recent scientific literature, reliable data and information sources. Where evidence was insufficient, the search was expanded to other potentially relevant papers. The experts were also asked to propose recommendations for policy and management based on the available evidence.

The scientific review was followed by the workshop in Białowieża forest where experts and moderators discussed in detail the outcome of the review: agreement and disagreement points, as well as identified knowledge gaps. This was a great experience as everyone applied the agreed rules and arguments related to emotions and distrust between scientists lost importance during the process. In the next step, the involved scientists put an immense effort into completing the multi-author evidence paper, via a series of loops and feedback sessions. Each sentence and statement was agreed by everyone and some parts were a topic of weeks-long exchanges.

Reflections on the process

Was the BSI a fruitful and rewarding process? For us, yes it was. Did we experience challenges and difficulties? Yes, undoubtedly we did. It could not be otherwise, as we decided to engage with a controversy which reaches far beyond the forest it refers to, and involves many domestic and international actors.

We also learned during that process that the conflict equally engages and refers to scientific evidence, worldviews, values, and emotions. Emotions are part of decision making and cannot be left at the front door by scientists, decision-makers nor by the general public and especially not by the media. This is doubly important as our exercise can be described as real-time science. The focus was not on the past conflict, historical outbreaks or former disputes but on the ongoing controversy with all its dynamics and media attention. We acknowledged that fact, while still remembering that our mandate was to identify and review the scientific evidence, not to divide into sides. Quite the contrary, we wanted them to sit together and talk.

This is where you can better understand why the golden rule of the scientific debate is to attack the arguments based on evidence, and not the person who formulated the argument. That is why it is so important to be in the same room while confronting each other’s perspectives, points and evidence. Of course, one cannot have all the relevant actors in the room while working on an initiative such as this one. But this was a bridge-building process where we aimed to show scientists and experts with different perspectives that there are a lot of aspects they agree on. By doing this, we jointly identified the starting points for more detailed discussions and scientific activities. This slow and demanding process is seen by us as a way to build the trust between scientists and their evidence and as a preparation for future possibilities, such as joint research projects.

So as scientists and researchers we do not need to always agree on our points or perspectives. But it does not mean that we need to always disagree. Sometimes it is already a lot to start with. For this, we have to be ready to sit together and talk.